To request an appointment with Dr. Santosh, call us at 804-897-2100 or include Dr. Santosh’s name in the Set an Appointment form.

Areas of Interest and Expertise

Dr. Santosh’s experience goes well beyond her tenure as a physician. She grew up watching her mother work as an OB/GYN in India. After getting the opportunity to watch deliveries as a child, she knew that this would be the career for her! VPFW and her patients are thrilled that she followed in her mother’s footsteps. Dr. Santosh is honest and direct, working as a partner with her patients to help guide them in their healthcare decisions. She considers her opportunity to serve women an honor, and she is passionate about her work.

Medicine isn’t her only passion though. Dr. Santosh also loves to read (Game of Thrones or Outlander anyone?), listen to South Indian classical music, sing, and sew. She also volunteers at cultural events in the Indian community as a part of the group Adhyapika, which sets up concerts to honor music and dance teachers. Events like these, the people, and the art scene all make Dr. Santosh proud and happy to be a part of the RVA community.

Dr. Santosh and her husband have two daughters, (one is a scientist working in Maryland and the other is an MBA working at Verizon) who are proud to be from Richmond. The Santosh family has been in RVA since 2002, and both of Dr. Santosh’s daughters graduated from the Chesterfield public school system.

To request an appointment with Dr. Santosh, call us at 804-897-2100 or include Dr. Santosh’s name in the Set an Appointment form.

“I love Dr. Santosh & Stacy!! These ladies have been my gynecology & OB team for 10+ years. I wouldn’t go to anyone else. They are compassionate but direct and that’s perfect for me. I recommend them every time I have the opportunity. The entire staff is a pleasure to work with.” – Patient Survey, 2017 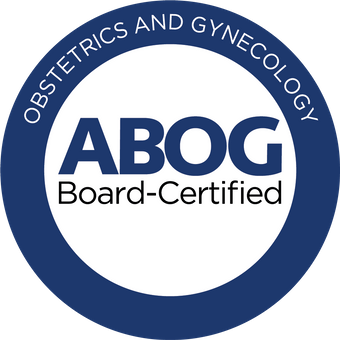