Dr. Kenley Neuman breaks down the genetic testing options available before pregnancy and why certain tests might be recommended for certain patients.

Pregnancy is an exciting time; but with so many unknowns, sometimes it can feel like you are holding your breath for nine months. Yet there are some genetic testing options that allow patients and their partners to have a glimpse of their chances of certain pregnancy outcomes – even before they conceive. Preconception genetic testing, also called carrier screening, can determine if you are a carrier of a genetic disorder and help you and your partner understand the chances of passing a disease along to your baby. Having genetic testing before pregnancy can help you know what to prepare for and give you some options for how to proceed.

How do genetic disorders get passed on to a baby?

Typically, every person has two copies of every gene, one inherited from their mother and one inherited from their father. These genes contain DNA, or instructions for how to grow and function. The risk of a genetic disorder being passed from parent to baby is dependent on the inheritance pattern of that specific disorder. For some disorders both parents would need to be a carrier for the child to have a risk of being affected by the disorder. Other disorders may only require one parent to be a carrier for it to be passed on to their child.

Most carrier screenings are for recessive disorders, which occur when a person inherits two flawed copies of a gene. These flaws are called genetic mutations. If you only have one flawed copy of a gene, you likely won’t have any of the symptoms of the genetic condition; however, you will be a carrier of the disorder. As a carrier, you will have a 50% chance of passing the genetic mutation on to your baby. However, only if both partners pass along a mutation of the same gene will your baby have the genetic disorder. If only one partner passes along a mutation for a recessive disorder, the baby will be a carrier but will likely not show any symptoms of the disorder.

It is also important to understand that some disorders can occur from a spontaneous mutation in the genetic makeup and therefore will not be able to be predicted.

What does preconception genetic testing test for, and which tests are recommended?

Preconception genetic testing tests for varied genetic disorders that your offspring may be at risk for based on you and your partner’s history and ethnicity. Every patient is different, so your provider’s recommendation will be specifically tailored to you.

Before providers make recommendations of which genetic tests their patient should receive, they will consider the patient’s medical history (including their rubella status and whether they have had chicken pox in the past), their family history (including whether any health conditions run in the family), and whether the patient or partner is a member of an ethnic group that might be high risk for certain diseases.

These are some examples of ethnic groups that are high risk for certain diseases:

What are the most common genetic diseases that you can test for before pregnancy?

The most common genetic diseases you can test for in preconception genetic testing include:

What do preconception genetic testing results tell you?

A lot of people who are carriers of a genetic disorder may not know it because they do not show any symptoms of the disorder. Since genetic testing results can determine if you are a carrier for a specific disease, knowing those results will then allow you the opportunity to obtain genetic counseling regarding that specific disease. You can learn its inheritance and disease course. The results can also inform you whether it’s worthwhile for your partner to be tested for that disease as well, in order to gain a better understanding of the possibility of having a child affected by the disease. Genetic counseling can also make you aware of possible reproductive interventions to avoid this risk, such as pre-implantation genetic testing.

Should you get genetic testing before getting pregnant?

The advantage to genetic testing before becoming pregnant is that you will have the opportunity to learn what disease(s) your child might be at risk for and if there are ways to prevent this with pre-implantation genetic testing and reproduction alternatives. If you or your partner are considered high-risk, either because a genetic disorder runs in the family or one of you belongs to an ethnic group that is high-risk for certain genetic disorders, your provider will likely recommend testing.

What options are there if you and your partner are both carriers of a genetic disorder?

Knowing your carrier status and thus your baby’s chances of having a genetic disorder can help you and your partner make decisions about how to proceed. You can try to become pregnant naturally, knowing there is a chance that your baby will inherit the genetic disorder. If you go this route, you can have diagnostic testing done during your pregnancy (around 10-12 weeks) to see if your fetus does in fact have the genetic disorder. If the diagnostic tests come back positive, you can consider options like possible treatments and early intervention services to help improve the child’s development.

If you’d rather not take your chances by trying to conceive naturally, there are other options. You can try to become pregnant via in vitro fertilization (IVF). With IVF, you can test embryos for genetic disorders before transferring them to your uterus. You can also use donor eggs and/or sperm from someone who is not a carrier to eliminate the chance of the baby inheriting a genetic disorder.

Some couples may choose not to try to become pregnant after learning they are both carriers. Adoption is a wonderful option if you’d still like to have children.

How much does preconception genetic testing cost?

The cost of preconception genetic testing will depend on what test or tests you opt to do as well as your insurance coverage for these tests. Most insurance plans cover or partially cover preconception genetic tests if they are recommended by your doctor, but you should check beforehand to make sure. The tests can run anywhere from a couple hundred dollars to a couple thousand dollars if you are paying out-of-pocket.

Where can you get the testing done?

Most testing can be done with your general obstetrician or a fertility specialist. At VPFW, we can take saliva and/or blood samples required for the testing on-site at each of our offices, so you could get started at your preconception appointment or take some time to think it over and come back at a later date. We’ll give you a call when the results come back, anywhere from 3-14 days, depending on the test(s). If you test positive as a carrier for any disorders, your provider will likely recommend your partner also be tested at a nearby testing site.

Talking to your family members about family history

Learning your and your partner’s family history and whether any genetic disorders run in the family is helpful to do before your preconception appointment. This will help you answer some key questions your provider will have when deciphering which genetic pre-screenings you may want to consider before becoming pregnant.

By the same token, should you choose to have any genetic tests done, it can be helpful to your family members if you share your results with them. If you are a carrier of a genetic disorder, there is a chance that your siblings are also carriers.

Preconception testing is your decision, but we’re here to help.

Every patient and their partner have a different set of risks for passing along a genetic disorder to their child. Even if your provider recommends genetic testing before pregnancy, know that it is your decision. You do not need to do any kind of genetic pre-screening unless you and your partner are comfortable doing so. We are here to help you talk through the decision and learn which if any genetic tests might make sense for you. If you and your partner have concerns about certain health conditions that run in the family, we are happy to recommend a genetic counselor who can help you understand your baby’s health outlook and options.

If you have any questions or would like to schedule a preconception visit with a VPFW provider to discuss preconception genetic testing and other aspects of your preconception health, give us a call at 804-897-2100 or schedule an appointment online. 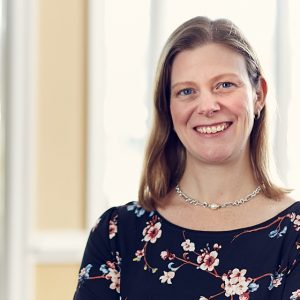 What Annual Exams Cover During Every Stage Of Life (And Why You Shouldn’t Skip Them!)

What to Know About Lynch Syndrome: When Cancer Runs in the Family, Awareness is Key

Becoming Pregnant In 2021: 4 Keys To Mind And Body Prep

Pregnancy After Age 40: The Odds, The Risks, And Whether To Try